BREAKING - I am ready to help Arsenal – Wenger 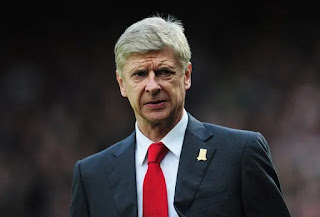 he is willing to “help” the club “in any way”, amid speculation of a possible takeover.

Gunners legends like Thierry Henry, Dennis Bergkamp and Patrick Vieira are reportedly teaming up with Swedish billionaire, Daniel Ek, to buy out the club and oust Stan Kroenke from his position.

Majority shareholder Kroenke and his son, Josh, have faced outrage from fans for their involvement in the failed European Super League proposal.

Thousands of supporters turned up at the Emirates before a 1-0 defeat to Everton last Friday, calling for their American owners to leave.

Ek, who is the founder of Spotify and a lifelong Arsenal fan, is said to be worth £3.4billion. He has announced his interest in taking over the reins in the fallout.

On Ek’s audacious bid to replace the Kroenke family with the help of his three former players, Wenger told beIN SPORTS: “I would say I like the fact that former people of the club run the club and basically you have two examples in the football world, former players who run the club like at Bayern [Munich] or big investors that buy a club like Manchester City. You have all different kinds.

“I personally, because I’m a football man, I like that the fact that the former Arsenal players take over and have advice.”

The 71-year-old then added: “I will always support first Arsenal and if I can help Arsenal I will do it as well in any way”.