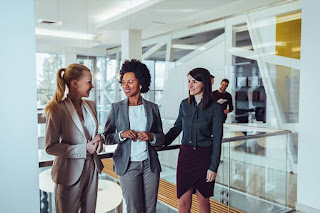 as a new report says millions of women worldwide have lost at least $800 billion in income in 2020 alone.

According to a new report from Oxfam International, the massive financial losses of women is much more than the combined gross domestic products of 98 countries, the $700 billion market capitalization Amazon topped last year and the nearly $721.5 billion that the US government spent in it's 2020 defense budget.

"Economic fallout from the Covid-19 pandemic is having a harsher impact on women, who are disproportionately represented in sectors offering low wages, few benefits and the least secure jobs," said Gabriela Bucher, executive director of Oxfam International.

"Instead of righting that wrong, governments treated women's jobs as dispensable -- and that has come at a cost of at least $800 billion in lost wages for those in formal employment."

The organization cites the total income loss as a "conservative estimate" that doesn't account for "wages lost by the millions of women working in the informal economy" -- which they describe as domestic workers, market vendors and garment workers.

"Covid-19 has dealt a striking blow to recent gains for women in the workforce," Bucher said.

According to OxFam, women account for more than 64 million jobs lost last year. That's 5% of all jobs held by women, compared to a 3.9% loss for men.

"We were facing a crisis of inequality before 2020 and that's now exploded. That's as a result of a lack of attention to gender sensitive policy making and leaving women on their own to cope with this crisis and to absorb the systemic failures that have led us to this point," said Mara Bolis, associate director of Women's Economic Empowerment at Oxfam America.

Even before the pandemic, women only earn 77 cents per every dollar that men make, according to the United Nations. And now the coronavirus crisis has only made the gender pay gap even worse.