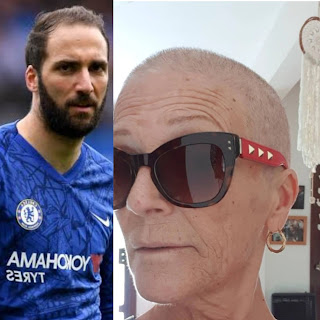 Higuain’s mum, Nancy Zacarias’ has died after losing a long battle with cancer.

The news came just days after the Higuain, 33, and his brother Federico, 36, made MLS history after both scored in the same game in Inter Miami's 2-1 win at Philadephia Union.

In a statement on Wednesday, April 28, Inter Miami revealed it was saddened to hear of Nancy Zacarias’ death on Monday as it offered its condolences.

The club wrote: “The Inter Miami CF family is saddened to hear of the passing of Gonzalo and Federico Higuain’s beloved mother Nancy Zacarias.

“Our deepest condolences go out to our players and their entire family during this difficult time.

“We give the Higuains our full support as they cope with their loss.”

Nancy was diagnosed with cancer in 2016 and underwent an operation the same year. The mum-of-four, whose husband Jorge was also a professional footballer, posted a selfie four weeks ago on social media, showing her with obvious hair loss as she prepared lunch at home. Higuain’s family kept news of his mum’s illness from him because he was playing at the Copa America.

He was only told about the situation after Argentina lost a third successive major final by losing to Chile on penalties. “I decided immediately that I must stop playing football so that I could look after my mum.

“I suspected something was wrong at home during the Copa America, but it was still a huge shock when I was told the truth.

“I felt guilty, because I played in that final without knowing.

“My whole world came crashing down in that moment. I was not interested in anything else but my mum.

"I told her I was finished with football and if it had been down to me I would have stopped playing.

“Her reply was that when I played football it made her happy. She told me that she would not allow me to give up something I loved.

"She asked me to carry on for her - and I knew I had to grant that wish.”