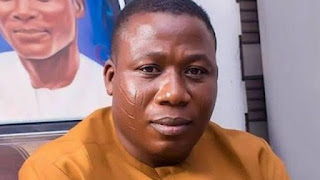 , was attacked by yet-to-be-identified persons on Monday April 26.

In a viral video shared on Facebook, Koiki claimed that the residence of the activist was besieged by men of the Nigeria Army with the aim of arresting the activist.

The war that the Federal Government think they are expecting from the Yoruba people; let’s tell the whole world. As I speak to you, there is an ongoing incident but we are more than capable.

We cannot be caught unguarded. You cannot threaten us. Chief Sunday Igboho is fine.”Koiki said

Recall that security agents had in February this year allegedly attempt to arrest Igboho along the Lagos-Ibadan Expressway.

Igboho has been championing the calls for the creation of the Oduduwa nation.