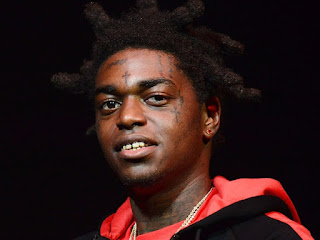 stemming from his assault of a high school student in 2016.

Kodak had been charged with allegedly sexually assaulting a teenage girl in February 2016 at a hotel. According to prosecutors, he pushed the girl into a wall and onto a bed before assaulting her, allegedly biting her breast and neck.

However, Kodak who was in court Wednesday April 28, pleaded guilty to a lesser charge of first-degree assault and battery in a plea deal.

The rapper's attorneys, Bradford Cohen and Beattie Ashmore told TMZ that their client who was originally indicted on a felony charge of first-degree criminal sexual conduct, copped a plea to a lesser charge to put the case behind him.

“Today Bill Kapri took a plea to the legal charge of assault, a non sex offense, and received 18 months probation,” his legal team said in a statement.

“This was a change of charge from the original charge. Having consistently denied these 5 year old allegations, he entered this plea in order to resolve the matter.” it added

12th Circuit Solicitor Ed Clements of Florence County, South Carolina, where the case originated, told WBTW that the victim agreed to the conditions of the plea deal. The deal specified that Kodak must also take full responsibility for the incident and publicly apologize to the victim, both of which he did in court, and that he must undergo counseling.

Kodak received a suspended 10 year sentence but will be on probation for 18 months. He will not wear an ankle monitor, but must let his probation officer know where he goes and where he lives.

The rapper will also not be allowed to use drugs, drink alcohol or have guns. If he successfully completes the 18-month probation, he won't spend a day in prison for the case.

In January on his final full day in office, former President Trump granted commutation to Kodak Black, who was in prison at the time for falsifying information on federal forms to buy firearms in Miami on two separate occasions. The rapper admitted to lying on the forms and pleaded guilty in 2019.