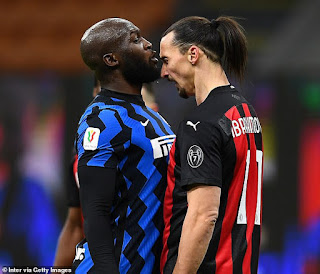 Zlatan Ibrahimovic and Romelu Lukaku have been fined

for unsportsmanlike conduct after the pair clashed during January's Milan Derby at the San Siro.

The strikers, who play for AC Milan and Inter respectively, had a bust-up during the Coppa Italia quarter-final, which Inter won 2-1 after Ibrahimovic was later sent off.

The former Manchester United stars exchanged insults during the match and Lukaku had to be restrained by his teammates at the end of the first half after being left infuriated by Ibrahimovic's comments. 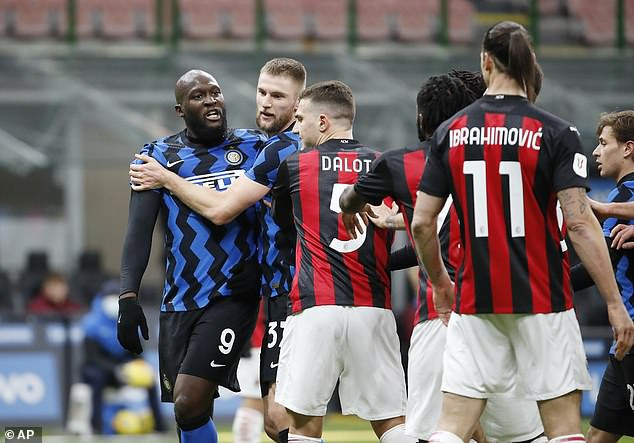 Lukaku appeared to call the Swedish veteran a 'son of a b****' as well as shouting 'f*** your wife' while Ibrahimovic reportedly said 'Go do your voodoo s***, you little donkey' during the exchange.

Both players were fined for unsportsmanlike behaviour with provocative phrases, while the clubs were punished due to their responsibility for the conduct of their players. Lukaku and Ibrahimovic were also handed one-match bans in January.