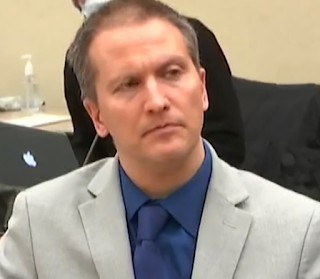 Chauvin's attorney, Eric Nelson, filed legal documents on Tuesday, May 4, asking for the jury verdict in his murder trial to be thrown out, claiming there were numerous errors pertaining to the jury and prosecution.

In the documents, obtained by TMZ, Chauvin's defense claims he didn't get a fair trial, alleging the court abused its discretion by disagreeing with defense requests to sequester the jury and change venue.

Earlier, the judge presiding over Chauvin's murder trial said Rep. Maxine Waters may have given Chauvin additional arguments to make on appeal. Remember, the congresswoman from California had said protesters were banking on a guilty verdict. She encouraged people to take to the streets and get more confrontational if that didn't happen.

Some took that as an incitement of violence. Chauvin's attorney brought up Waters' remarks after closing arguments and said her comments could have possibly influenced the jury.

Nelson had asked for a mistrial but Judge Cahill didn't budge. However,  the judge said Waters opened the door for Chauvin to appeal the verdict. The judge told Nelson he had faith jurors followed his directive to avoid the news and talk of the case.

Chauvin's defense claims the jury should have been sequestered or at least warned to avoid all media related to the case. Nelson claims jurors could have felt intimidated.

Chauvin, who pressed his knee on George Floyd's neck for more than 9 minutes on May 25, 2020, was found guilty on all 3 counts, including 2nd-degree murder.