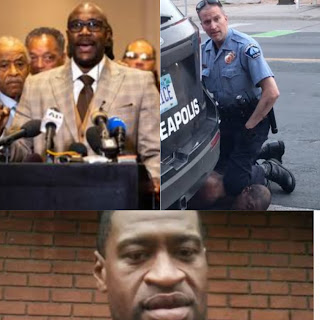 are seeking a more severe sentence for former Minneapolis police officer Derek Chauvin, after a jury last month April found him guilty in the murder of George Floyd.

George Floyd was an African American man murdered by police during an arrest after a store clerk alleged he had passed a counterfeit $20 bill in Minneapolis.

Derek Chauvin, one of four police officers who arrived on the scene, knelt on Floyd's neck and back for 9 minutes and 29 seconds.

After his death, protests against police brutality, especially towards black people, quickly spread across the United States and globally. 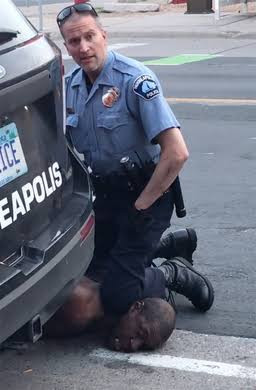 Prosecutors in their arguments in new court documents, cite five factors in support of an aggravated sentence for Chauvin:

Prosecutors say Floyd "was a particularly vulnerable victim" when Chauvin pinned him against the pavement by holding a knee to his neck, since the use of force continued after he became unresponsive.

While citing that Floyd was also intoxicated, prosecutors argue that Floyd "was treated with particular cruelty" as he was held on the pavement after repeatedly saying he could not breathe and while bystanders called for Chauvin to stop, and that he was not offered CPR or medical assistance by officers.

They also accuse Chauvin of abusing his position of authority as a uniformed officer and committing a crime, as part of a group of three or more people, in the presence of multiple children.

In response, Chauvin's attorneys are against a higher sentence saying Floyd's size, and his ability to continuously struggle while being restrained during what they described as a lawful arrest, serves as evidence that he was not particularly vulnerable.

The defense argued that bystanders were free to leave the scene anytime they wished and that officers called for an ambulance to get Floyd medical attention.

His attorneys also stated that the other officers on the scene with Chauvin have not been convicted of a crime related to his own offenses.