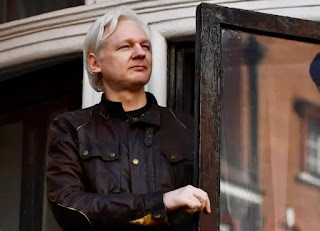 Assange, who turns 51 on Sunday, has been held in a high-security prison since 2019.

On Friday his wife Stella was among dozens of people who demonstrated outside Britain's interior ministry to demand his release.

Home Secretary Priti Patel approved the extradition last month, but court officials confirmed to AFP an application to appeal had been received on Friday.

“ We're not at the end of the road here," Stella Assange, who married the Australian publisher earlier this year, told reporters when Patel announced her decision.

Assange is wanted to face trial for allegedly violating the US Espionage Act by publishing military and diplomatic files in 2010, related to the Afghanistan and Iraq wars.

He could face decades in jail if found guilty, but supporters portray him as a martyr to press freedom after he was taken into UK custody following a years-long stay in Ecuador's embassy.

"He's been in prison for telling the truth," supporter Gloria Wildman, 79, told AFP at Friday's protest.

“ If Julian Assange is not free, neither are we, none of us is free," she said.