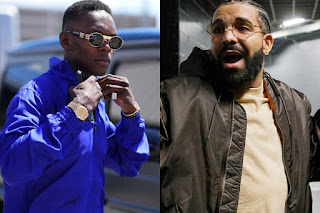 In the last few months, Drake has made it clear that he has no issue wagering big

money on sports or at the roulette table. It’s not too surprising as he’s one of the music’s most popular artists, thus giving him a comfortable cash supply to pull from for his big bets. It was just last month that Jack Harlow revealed that he lost a lot of money trying to keep up with Drake’s betting ways at the Kentucky Derby. In his latest move, Drake revealed that he bet $1 million in favor of Israel Adesanya to win UFC 276 on Saturday.

Drake shared the news about the bet through a recording of a FaceTime call between him and Adesanya. In the video, he says that he put a “light million” in favor of Adesanya and noted that he has a “deep deep respect” for the fighter. Drake also requested to walk Adesanya out for the Saturday night fight and the fighter complied. “One of the most inspiring guys to me,” Drake wrote in the caption of the Instagram post. “The death note author himself and my partner with @stake @stylebender BIG FIGHT TMRW…got a million on it [shrugging emoji].”

In just the past few months we’ve seen Drake place a $1 million bet for the Los Angeles Ramsto win the Super Bowl and a $200,000 bet for the Golden State Warriors to win the Western Conference Finals, both of whichwere successful

You can watch the FaceTime call, which ends with an Honestly, Nevermind reference, in the video above.