Showing posts from March, 2017
Show All

PHOTO: Ojukokoro man gets stuck inside married woman during s** 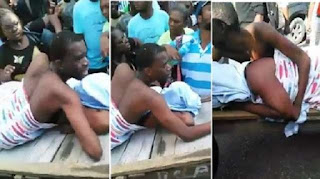 WAOOO!!! DIAMONDPLATNUMZ show off his expensive jewelry in new photos the price will amaze you 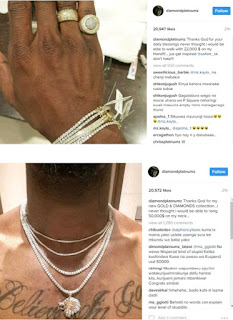 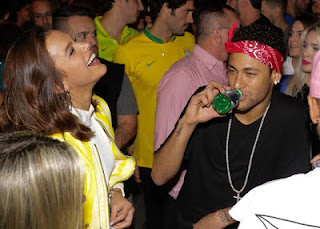 Brazilian Striker Neymar Party hard with girlfriend Bruna Marquezine to celebrate his country world cup qualification . Brazil became the first country to qualify for the 2018 world cup last night. see photos as the barcelona stay enjoy the night with Bruna , one of the brazil hottest and young actress at a gig at sao paulo
Post a Comment
Read more

AY celebrates wife as She Adds A Year 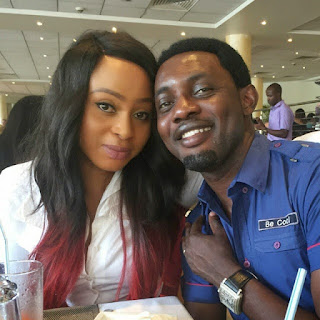 Ay Makun shared a cute photo of his wife that was taken by him and wrote;  ‘ my holding on to the camera to personally capture this moment is only a reminder of my days as a photographer on the same campus where i first met you. I just can’t forget your ability of finding something interesting in an ordinary place. A place that was transformed by the heartwarming charm of a beautiful woman sent down to me from heaven. On this special day i want you to know that the day you were born was a lucky day for me and so many people who has enjoyed the beauty of your invaluable presence.  You enrich my life and i love you more than what words can ever express. Thank you for being my soulmate, my partner and most trusted friend. Happy birthday to my lovely wife ‘
Post a Comment
Read more

Justin Bieber got a new large Feline Tattoo on his pectoral, see PHOTOS 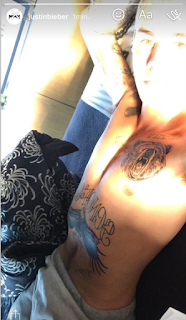 Pop Star Justin Bieber just added some new tattoo which include bear and with a bald eagle spread across his stomach, he also got a lion and tattoo and source told us justin has always been a big fan of lion and lion represent courage . check pictures and drop your comments.
Post a Comment
Read more 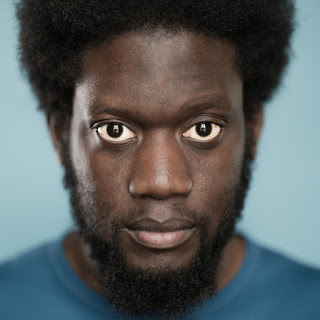 Black Man, Black Heart, Black eyes,Dark hat, Rich in dubious manner Vast in crooked character. Black man, driven by venomous mind, Black blood, Soul unkind Black man,Serpent-like being Clothed in deadly deep dark skin Black man crookedly calls black white In his unfair verdict claims Wrong right More than Vipers Black man is venomous But more than Truck tyres He is unusually industrious Yet, more than everlasting  fire Black man is decently dangerous Openly, The black man's hands heal Secretly, his mind and heart kill The soul, though the dwelling place of God, Is the black man's holy shrine of sword #written after someone has shown to me the blackness of man. But i may be guilty been a black man too#
2 comments
Read more 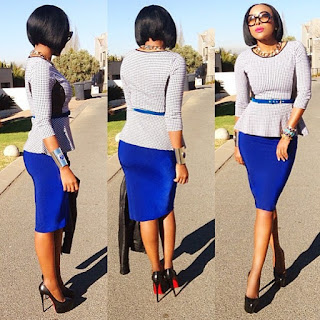 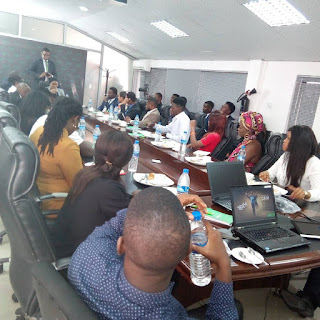 The former housemates of the Big Brother Nigeria show was on 27th of March hosted by the Heritage Bank in Conjunction with the Merchant of Romance Consultant Agency and the Evicted house mate present in this occasion includes:  Thin Tall Tony, Uriel, Gifty, Kemen, Miyonse, Soma, Cocoice and Ese  . see pictures from the event
Post a Comment
Read more 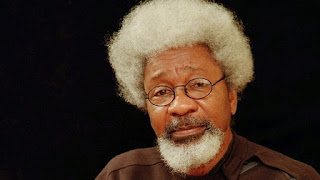 Nigerian multi-award winning writer, Wole Soyinka, is billed to officiate the boxing match between ex-Governor of Lagos State and National leader of the All Progressives Congress, APC, Bola Hammed Tinubu and America’s five-time World Heavyweight Boxing Champion, Evander Holyfield. The exhibition boxing match which is tagged “Rhumbles in Lagos,” has been schedued to hold  on May 25 at the Eko Atlantic City, the matche will be covered live to the world. Tinubu who endorsed the BAT vs Holyfield bout, said, “I can’t wait to knock Evander down. I’m the real champion of the world!’’ The project manager, Foluke Michael, said this is a private sector-initiated event designed as a contribution to the 50th anniversary celebration of the creation of Lagos State. According to Michael, “Significantly, it is aimed at bringing world attention to some health-related issues in Africa, and will focus on cases such as Autism in Children, Breast Cancer, Mental Illness and HIV/AIDS and Rive
Post a Comment
Read more

OMG!!! Man beheads a old woman over a parcel of land 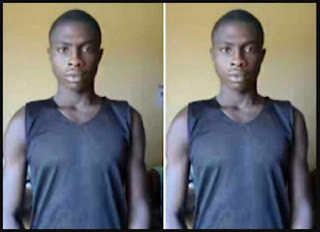 The Police Command of Ogun state has arrested a murder suspect, Adeoye Ikugbayigbe, for allegedly severed the head and wrist of a  72-year-old woman, Mrs. Funmilayo Shada, over a land dispute. The 23-year-old was alleged to have also butchered Funmilayo’s head with a cutlass. The alleged murder was caught by the son of the victim, Ekundayo, who was on the way to seeing the victim on her farm. He was said to have reported the case to the police at the Abigi division, leading to the arrest of the suspect. The Ogun State police spokesperson, Abimbola Oyeyemi, in a statement on Monday, confirmed the incident. He said, “The arrest followed a report by the son of the deceased who complained at the Abigi divisional headquarters on March 17, 2017 that while he was on his way to the farm at about 10am of the same day to meet his mother who had earlier gone to the farm, he met Adeoye Ikugbayigbe on the road holding a polythene bag. “But as soon as he (Ikugbayigbe) sighted Ekundayo
Post a Comment
Read more 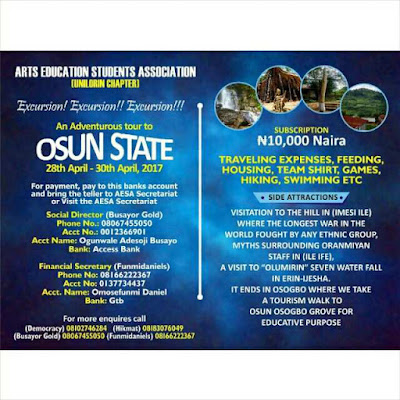