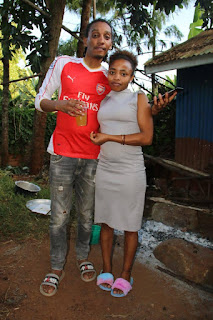 A 23-year-old woman identified as Anne has been declared

wanted for the alleged murder of her boyfriend in Gitaru, Kiambu County, Kenya.

It was gathered lady also know as Dolly, allegedly stabbed Kelvin Kamami four times and ran away with his phone.

A message shared by the Directorates of Criminal investigations (DCI) said the incident happened on Wednesday, April 28. 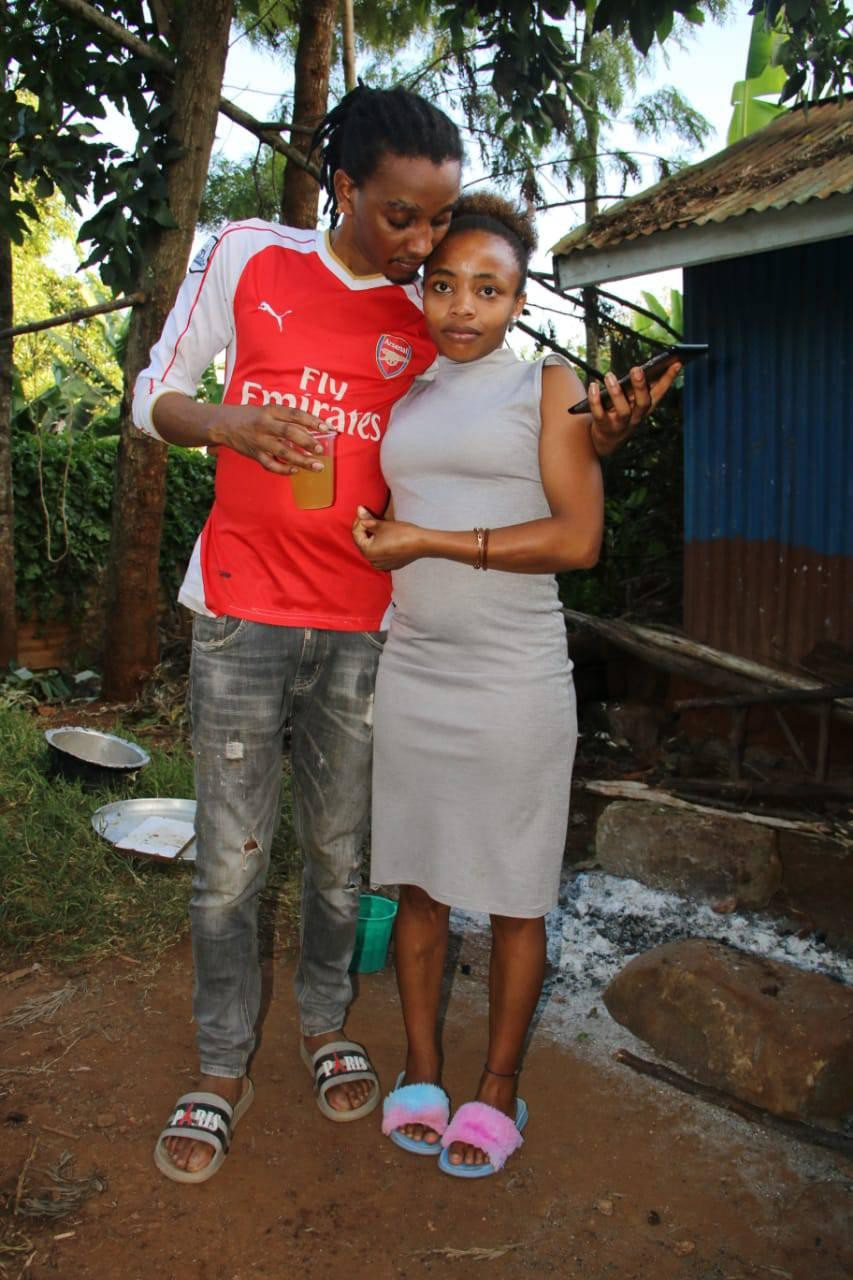 One Nyambura Kamami, believed to be a family member of the deceased, alleged that Anne stabbed Kelvin in the throat. He urged anyone with useful information on her whereabouts to contact the police.

According to reports, detectives in Gitaru have launched a manhunt of the suspect. 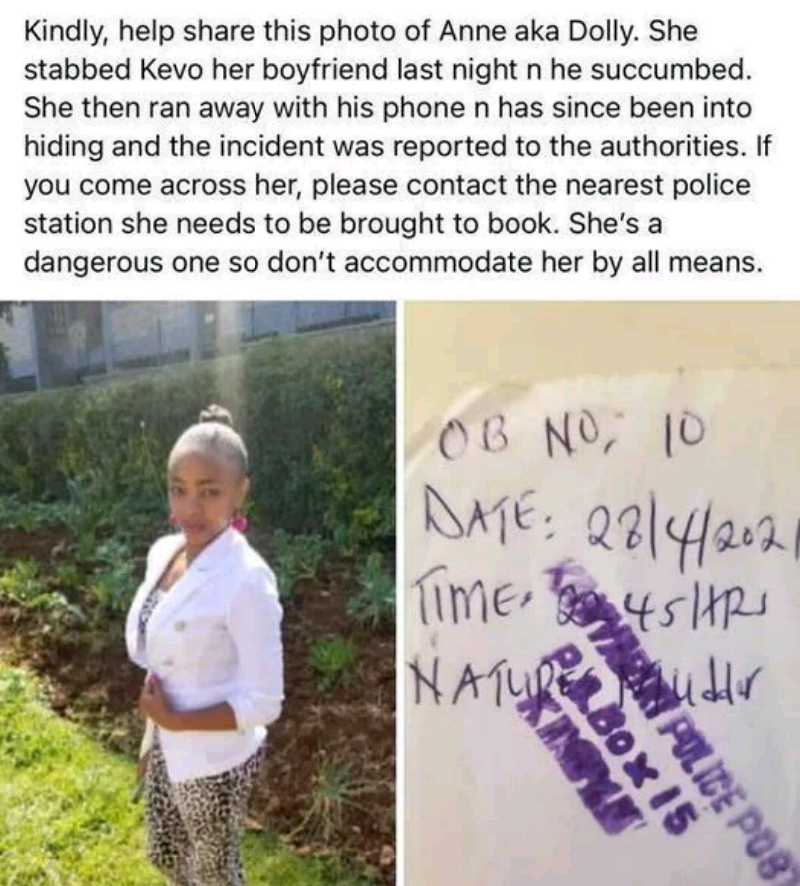 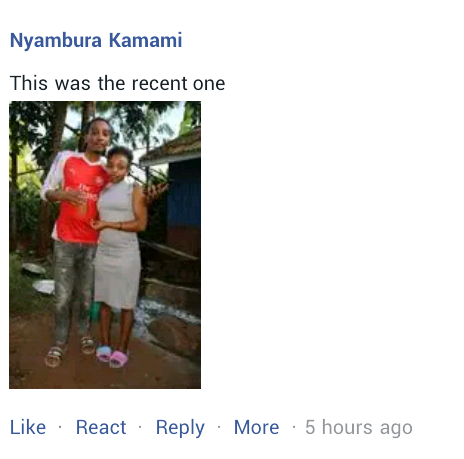 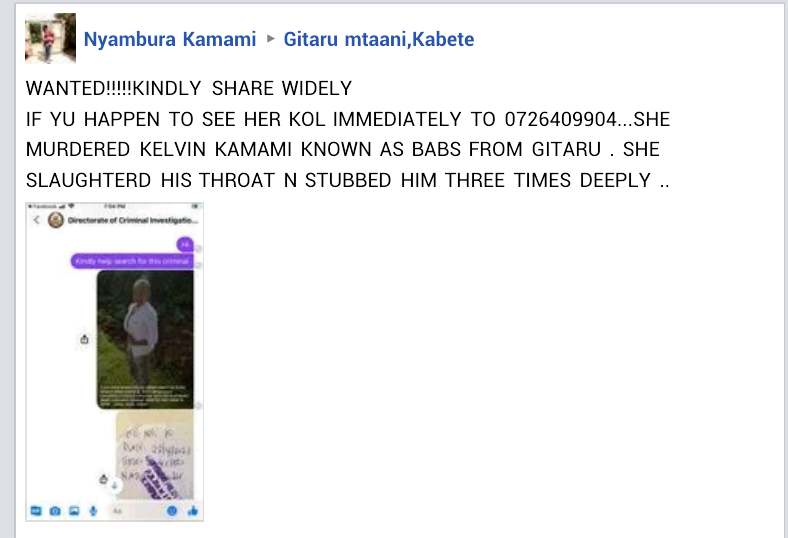 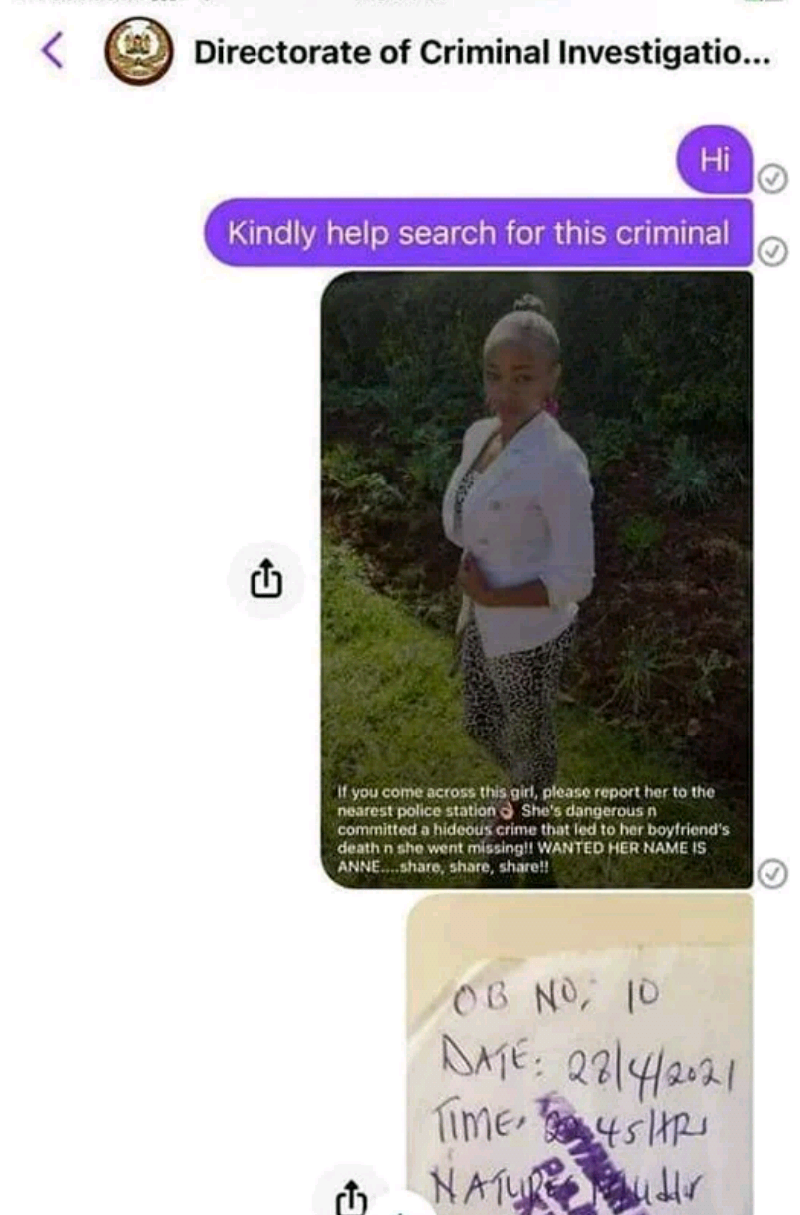 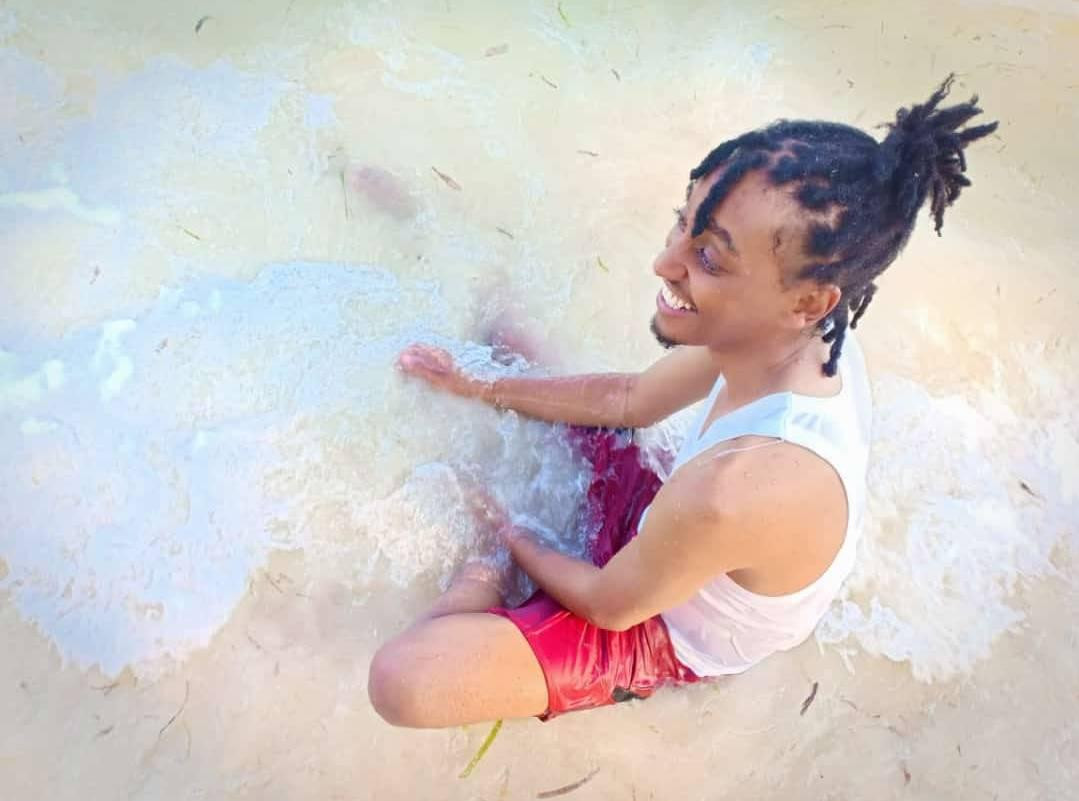