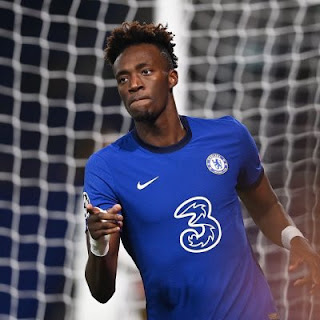 According to a new report by The Telegraph, Haaland is top of Tuchel’s shopping list this summer even though the 20-year-old could cost upwards of £100million after netting 53 goals in just 56 games.

Chelsea, with an already overpaid squad, need to free up the wage budget, to get a deal over the line and could sacrifice Tammy Abraham, 23, for around £40m.

West Ham are known to be keen on the Delta State indigene who snubbed representing Nigeria for England.

Abraham has scored 30 goals in 81 games for the Blues but has fallen way down the pecking order since Tuchel replaced Frank Lampard in January.

It is also believed Chelsea are keen to sell Olivier Giroud who has also struggled for gametime under Tuchel.

Giroud will leave on a free transfer, bringing his three-and-a-half years in west London to an end, except Chelsea give him a new contract.

Abraham and Giroud’s exits will free up around £200,000-a-week in wages which they can use to pay Haaland