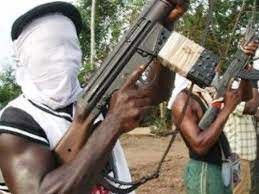 Two police officers have been killed after some unknown gunmen

According to reports, the gunmen stormed the checkpoint on their motorcycles and opened fire on the officers, prompting some of the policemen to flee. The hoodlums then carted away rifles and burnt down their van.

Confirming the incident, the spokesperson of the Akwa Ibom Police command, Odiko Macdon, said the Commissioner of Police, Amiengheme Andrew, is already in Ika for an-on-the-spot assessment of the attack.

“We are in Ika, trying to gather more facts about the incident”, Macdon said, adding that he would be in a better position to give details after the visit” he said