UPDATE - I knew this would happen, hence I have been pushing for this case to be brought to Abuja - Actress Tonto Dikeh reacts 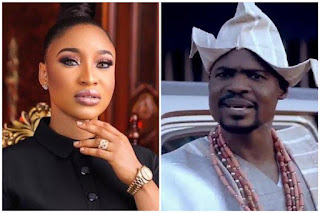 being released on Friday April 30, by the police who have said that investigation into the case shows the actor did not defile the victim.

LIB reported earlier that a police source who spoke to Punch said the ongoing strike action by members of the Judicial Staff Union of Nigeria has prevented courts in the state from sitting and in turn prevented the police from arraigning the suspect. The police source said Baba Ijesha could not be detained indefinitely without trial.

The police source had also told the publication;

The CCTV footage has been assessed and nowhere was it captured that Baba Ijesha defiled her. The footage only showed him touching the victim’s body but it never showed him having any sexual intercourse with the girl. The girl also confirmed the same thing.

So, in law, it is a case of indecent assault and not sexual harassment, and it is open to bail.  So, can we continue to keep him when the offence is subject to bail and when there is no court sitting? That is against his fundamental human rights and the police do not work on sentiments. Directives have been given out for his release on bail.

Tonto Dikeh has now taken to her Instagram page to react to the development. The mother of one stated that she knew such scenario might play out which is why she has been pushing for the case to be transferred to Abuja.

The actress who recalled saying that the case 'is going to be a war', added that she doesn't mind taking care of the accomodation, transportation and security of the victim's team. 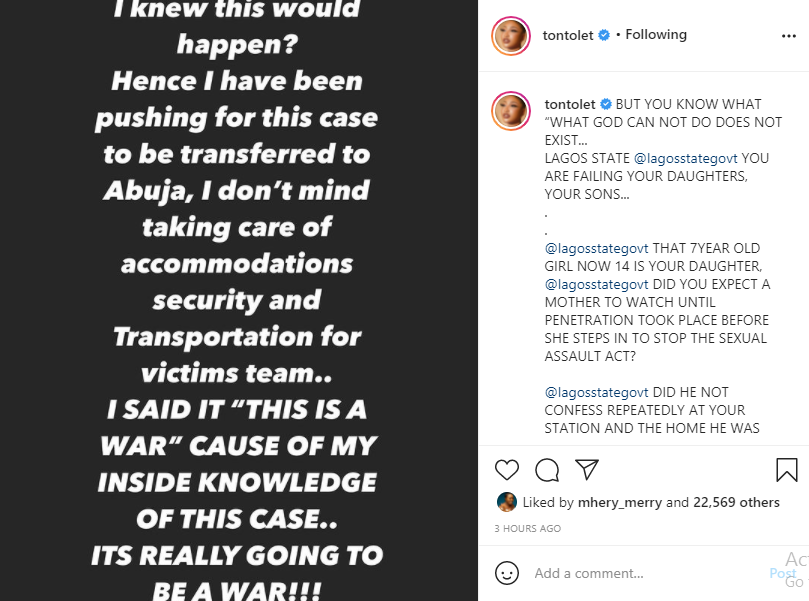