Footage has emerged of a huge crowd of 100,000 dancing just

The incident happened at a mass gathering to celebrate the Lag B’Omer holiday at Mount Meron, Israel, after midnight Thursday, April 29.

As well as the 44 who died, at least 150 were injured with six in critical, 18 seriously hurt, eight in moderate condition, and 80 lightly injured. Though some Israeli media reported up to 28 in critical, including children. 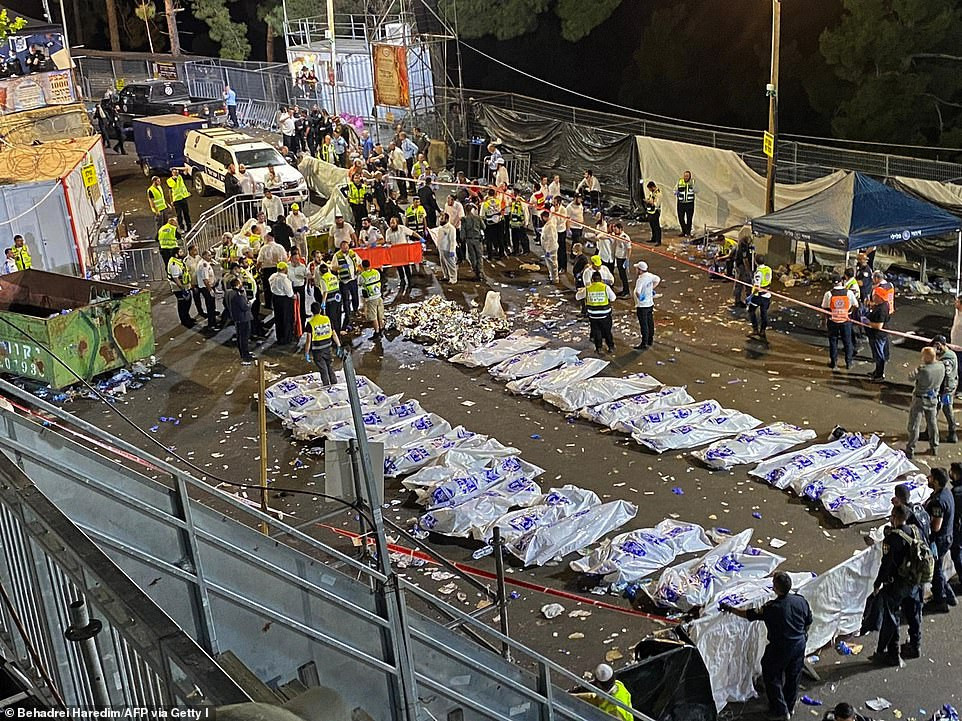 The wounded were taken to the Ziv hospital in Safed, the Galilee Medical Center in Nahariya, Rambam hospital in Haifa, Poriya hospital in Tiberias, and Hadassah Ein Kerem hospital in Jerusalem.

The Ziv hospital said six of the wounded had died and the Health Ministry confirmed that the total death toll was 44.

In the footage recorded in an amphitheater next to the tomb of Rabbi Shimon bar Yochai on Mount Meron, the crowd were seen dancing just before the fatal stampede. 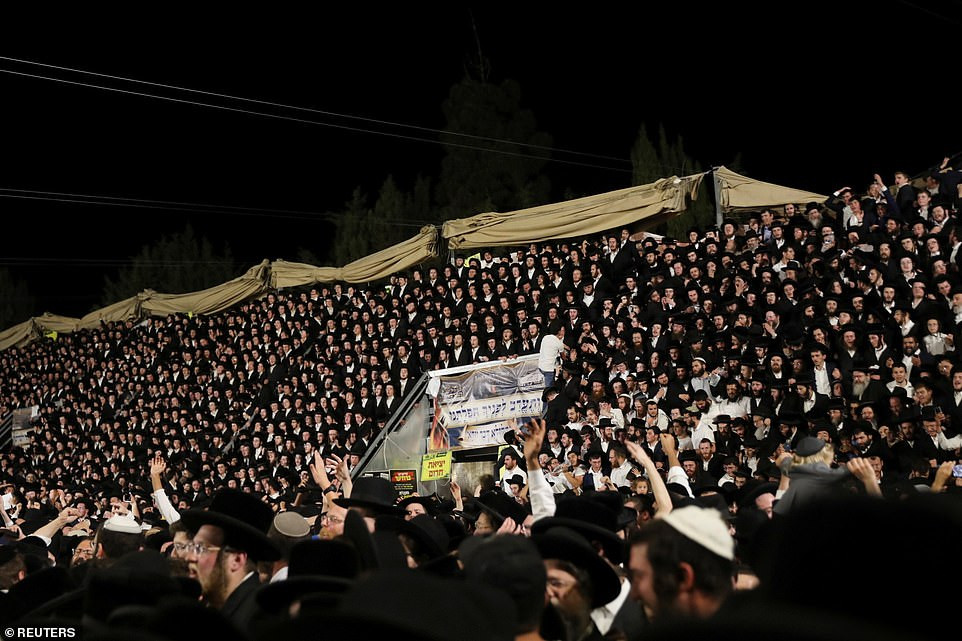 Huge crowds were attending the annual gathering in northern Galilee, which include visits to the gravesite of the second-century sage Rabbi Shimon Bar Yohai and massive bonfires on the mountainside. 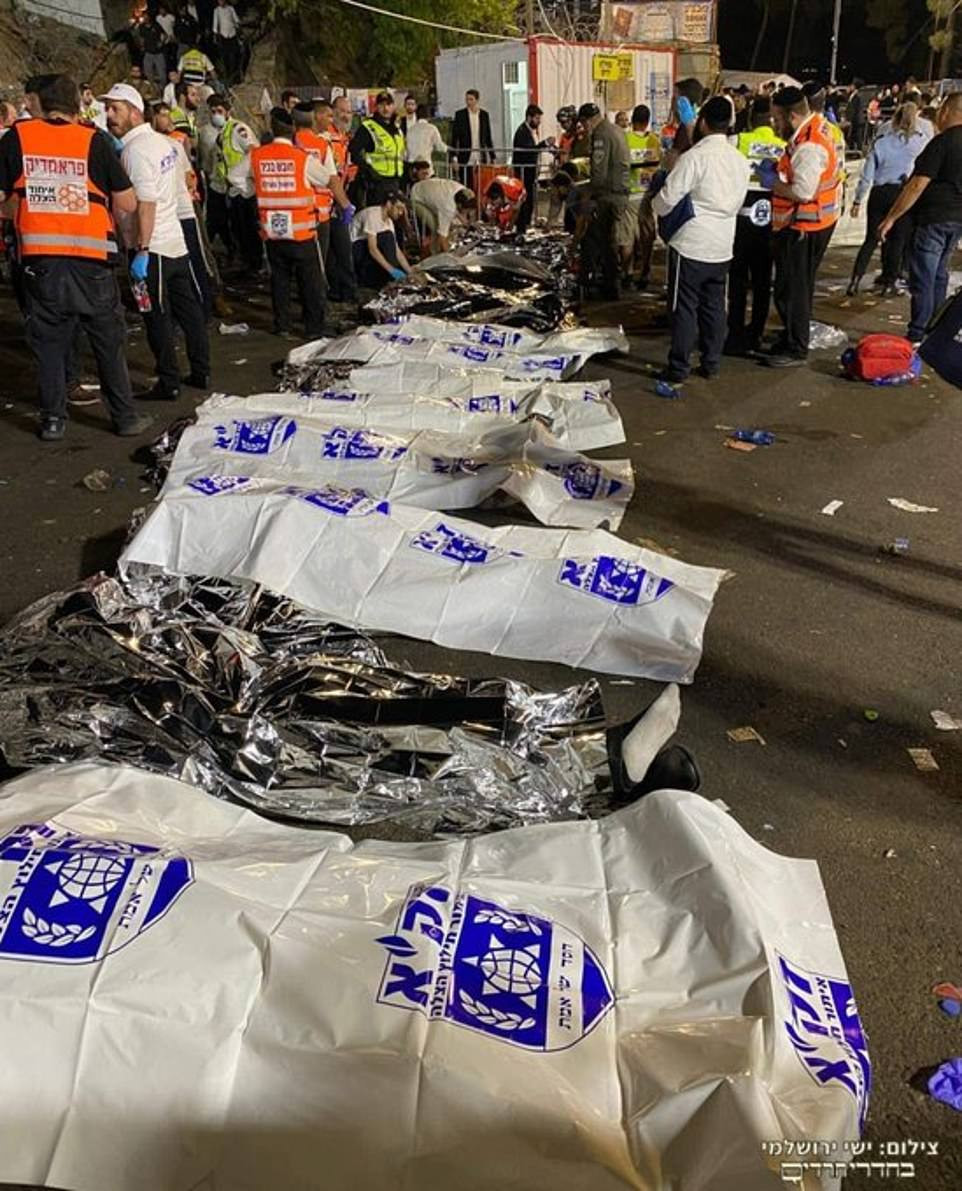 "The rescue teams were called to one of the concerts near Bar Yochai’s tomb, where there was a terrible crush near a building. There were dozens trapped on a nearby stand and it took time to evacuate them," Heller said.

"There are fatalities, it is a very terrible tragedy," he said, adding that it was a very complicated rescue effort that was still ongoing throughout the night.