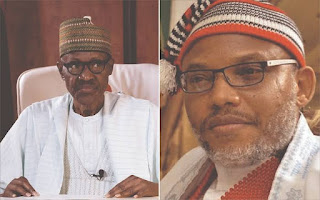 for the coverage of the open court trial of the leader of the Indigenous People of Biafra (IPOB), Nnamdi Kanu slated for today, Monday, July 26, 2021 in Abuja.

The documents shared by Sahara Reporters, lists the 10 media organisations and 10 journalists accredited for the coverage of the trial, and was signed by Catherine Oby Christopher, Chief Information Officer, Federal High Court of Nigeria, and dated July 23, 2021. 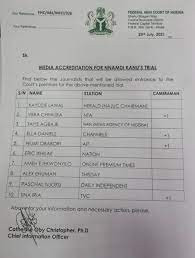 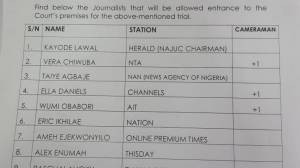 The four broadcasting stations are allowed one cameraman each.

Kanu, will be facing charges bordering on terrorism, treasonable felony, illegal possession of arms, among others, before Justice Binta Nyako of the Federal High Court in Abuja.