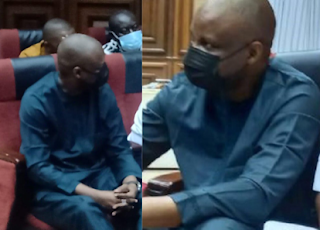 in Kuje prison when angry inmates in the same facility moved to lynch him.

According to Premium Times, the attack happened on May 4 when about 190 inmates descended on him for allegedly prosecuting them despite collecting bribes while in office.

DAILY POST reports that there are indications that Kyari would soon be moved to the custody of the State Security Service (SSS) following the attack.

The incident triggered Kyari, who was suspended following alleged involvement in drugs, to approach a Federal High Court on Thursday for another bail plea.

Kyari and three of his co-defendants, through their counsel, urged Justice Emeka Nwite to admit them to bail, stating that their lives in the Kuje Correctional Centre, were unsafe for them.

At a resumed hearing, Onyechi Ikpeazu, SAN, counsel to Kyari and suspended ACP Sunday Ubia, informed that an application seeking bail for the 1st, 2nd, 4th and 5th defendants had been filed and served on the National Drug Law and Enforcement Agency (NDLEA).