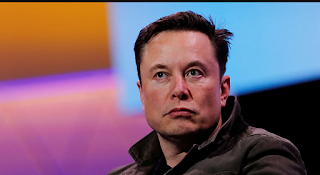 Elon Musk, the world’s richest man and Tesla’s CEO, lost over $11 billion in a single day

because of selling pressure seen at the stock of the world’s most valuable car company.

He was worth about $193 billion after Tuesday’s trading session, according to the Bloomberg Billionaires Index.

An April 2022 regulatory filing shows Musk owns about 16% of Tesla. Approximately 92.9 million exercised options to buy Tesla common stock are included in his net worth, according to a Bloomberg analysis.

A flurry of concerns about Tesla and CEO Elon Musk, pushed shares of the electric-vehicle maker to an 11-month low on Tuesday-even as one of the firm’s staunchest supporters continued to back the company.

In the wake of Tuesday’s stock downgrade, the electric carmaker share price fell 7% to $628, dropping nearly 49% from its highs of November. Tesla’s market cap, which has dropped from $1.2 trillion to $650 billion, has fallen by more than $30 billion.

In spite of the bearish market, Cathie Wood’s Ark Invest, a New York City investment firm, disclosed that it bought $10 million in Tesla shares on Tuesday. This is the first time since February the company has added to its stake in the stock since the stock lost its top spot on Ark’s flagship fund to Roku.