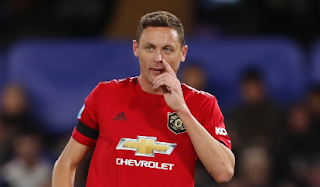 Matic recently informed Manchester United that he would leave the club this summer transfer window, despite having a year left in his contract.

According to football transfer expert, Fabrizio Romano, the former Chelsea star will join Jose Mourinho’s AS Roma on a one-year deal until June 2023.

He tweeted, “Nemanja Matić will sign a contract until June 2023 with AS Roma – with an option for further season. José Mourinho wanted him after Chelsea and Man Utd experiences.

Matic, who has been at Man United for five seasons, struggled for regular action in the Red Devils’ midfield last term.

He played under Mourinho during their time at Chelsea and Man United.