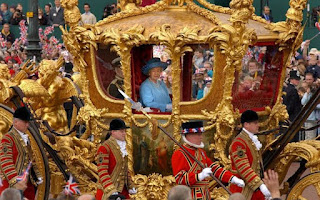 platinum jubilee of Queen Elizabeth as today kicks off the 4-day ceremony filled with parties and parades to mark her 70 years on the British throne as a monarch.

In a statement made by the Queen, she said “Thank you to everyone who has been involved in convening communities, families, neighbours and friends to mark my Platinum Jubilee, in the United Kingdom and across the Commonwealth. I know that many happy memories will be created at these festive occasions.”

“I continue to be inspired by the goodwill shown to me, and hope that the coming days will provide an opportunity to reflect on all that has been achieved during the last seventy years, as we look to the future with confidence and enthusiasm.”

Several supporters set up camps, staying overnight on the roads leading up to Buckingham Palace in order to get a good position to cheer the regimental marching bands, and wave Union flags. Others joined to enjoy the parade from the big screens.

However, the queen’s personal involvement in the event would be limited as a result of her age. The celebrations begin with a military parade in central London, and for the first time, Elizabeth will take the salute from the 1,500 soldiers and officers from the balcony of Buckingham Palace.

The second son of the queen, Prince Andrew who recently settled a lawsuit on sexual assault of a minor in the United States is not expected to attend. Asides him all the other members of the Royal family are either in attendance or expected to attend.

In order to ensure a hitch-free celebration, the police have had to make some arrests at the parade ground. Two men ran out from behind barriers where tens of thousands of people had gathered on the Mall Boulevard, which leads to Buckingham Palace, and lay down in front of a marching band before they were dragged from the venue by the police.

The British police released a statement on Twitter stating “A number of arrests have been made of people who attempted to enter the ceremonial route in The Mall. The arrests were public order related for highway obstruction, Thank you to the crowd who showed their support by clapping our officers who returned to their post after dealing with the incident swiftly.”

Asides the interruption there are the Anti-monarchy campaign group Republic who while they may not be disrupting the event in any manner are protesting against the monarchy and insisting that Queen Elizabeth should be the last Monarch in Britain, by putting  “Make Elizabeth the last” on billboards across Britain