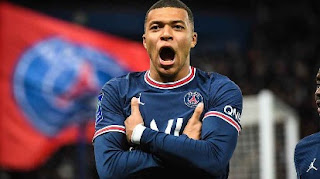 club to axe this summer, including manager Mauricio Pochettino and Neymar have been revealed.

Mbappe recently committed his future to PSG by snubbing Real Madrid to sign a new three-year contract worth £650,000-a-week with the French Ligue 1 champions.

As part of the lucrative deal, it is believed that the France World Cup winner has been given more power behind the scenes and he could be set to start pulling the strings in the summer transfer window.

Mbappe wants a mass clearout at PSG with 14 names on his list to be axed, according to Mundo Deportivo.

Pochettino and Neymar are said to headline Mbappe’s list, while the 23-year-old is also said to want to axe key members of the squad such as Julian Draxler, Leandro Paredes, Ander Herrera, Idrissa Gueye, Thilo Kehrer and Mauro Icardi.