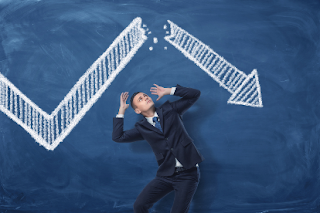 Bitcoin failed to continue higher above $31,750 against the US Dollar. BTC declined sharply and

The next major resistance is near the $30,120 level. A clear move above the $30,120 resistance level could send the price towards the 50% Fib retracement level of the recent decline from the $31,725 swing high to $29,300 low. Any more gains might change the bias and bitcoin price could rise towards the $31,200 level.

If bitcoin fails to recover above the $30,000 resistance zone, it could continue to move down. An immediate support on the downside is near the $29,200 level.

The next major support is near the $28,500 level. A downside break below the $28,500 support may perhaps spark another decline. In the stated case, the price could dive towards the $27,200 support zone in the near term.

Hourly MACD – The MACD is now gaining pace in the bearish zone.

Hourly RSI (Relative Strength Index) – The RSI for BTC/USD is now well below the 40 level.