BREAKING - 100 Civil servants die in Jigawa within one month 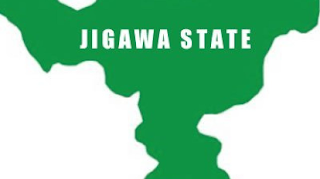 100 civil servants died within one month.

Executive Secretary of the Board scheme, Alhaji Kamilu Aliyu Musa, disclosed this while briefing newsmen on the payment of the retirement and death benefits in his office.

Kamilu explained that, the beneficiaries are categorized into four for the payment of their rights.

According to him “the first category include 411 beneficiaries who have retired from the service and were paid over N920,331 million.

“The second category of the beneficiaries are those 100 people that have died while in service and their families received the total amount of N267, 329 million”

“ The third category of 8 beneficiaries are under the death pension balance and will get N27, 952 million as their entitlement”

“While the fourth category of beneficiaries are those who are not in service for up-to five years, the board will refund 8 percent to them amounting to N201,437 thousands as their entitlement.”

The Executive Secretary also reiterated the board’s commitments to pay each retired civil servant his entitlement within one month of his retirement.

He then commended Governor Muhammad Badaru Abubukar for his support to the Board and releasing the Pensioners entitlement in a right time.