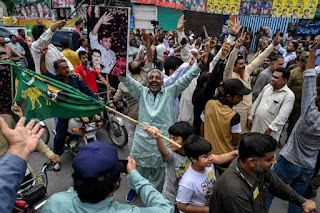 flash floods in south western Pakistan, officials of the National Disaster Management Authority (NDMA), said in a report on Thursday.

The international charity organisation said many of the 282 people who “died in the rain-related incidents were women and children.”

Most of the damages and casualties are from the southwestern Baluchistan province. Rains also caused casualties and damages in the northwest bordering Afghanistan, eastern Punjab province and southern Sindh province.

“Every year, many cities in Pakistan struggle with the annual monsoon deluge, drawing criticism about poor government planning. The season runs from July through September. Rains are essential for irrigating crops and replenishing dams and other water reservoirs in Pakistan,” the agency said.