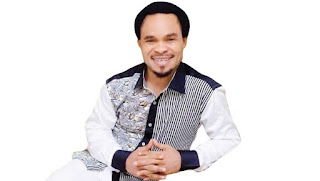 Ministry, presided over by Prophet Chukwuemeka Ohanaemere alias ‘Odumeje’ in Onitsha, has been demolished by the Anambra State Task Force.

The church also known as Land of Freedom, has been tagged, “illegal building” by the State Government and earlier marked for demolition for encroaching on a huge canal.

Although, it was gathered that the building housing the generating set and the security office of the church was the one being demolished.

Members of the state task force stormed the location on Thursday to enforce the demolition and there was a face-off between the pastor and some of the task force members.

It was gathered that security men had tried to whisk the pastor away after he was trying to resist the demolition activities which led to the men manhandling him.