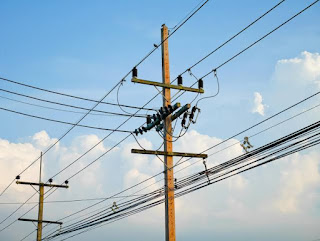 The National Electricity power grid collapsed for the seventh time in 2022 on Wednesday.

Reports reaching Naija News at the moment confirmed that the grid crashed to zero megawatts today after a fault, throwing the entire country into blackout.

It was reported by the Eko Electricity Distribution Company that the grid went down at about 11:27 am earlier today.

“Dear customers, we regret to inform you of a system collapse on the national grid at precisely 11:27 am today, Wednesday, July 20. We are in talks with the Transmission Company of Nigeria to ascertain the cause of the collapse and a possible restoration timeline.

“We will keep you updated on the situation,” the Disco company announced this on its social media page.

Due to the development, Nigerians will again suffer major blackouts across states as usual until the grid is fixed.

ONIKEWIDE recalls that the power grid had collapsed twice in March and twice again in April this year.

The power generation on the system had continued to develop faults due to various concerns such as gas constraints, water management challenges, and gas pipeline vandalism, among others.

In the first quarter of the year, it was reported that the quantum of electricity on the grid crashed from over 3,000MW.

The report further stated that another collapse of the grid occurred on April 9, 2022, as the nation’s power system collapsed to 33MW around 01.00 hours after it had earlier posted a peak generation of 3,281.50MW at 00.00 hours the same day.

Also, the national grid collapsed twice in March and this happened within a space of two days, a development that made the Federal Government summon a meeting of stakeholders to address the issue.