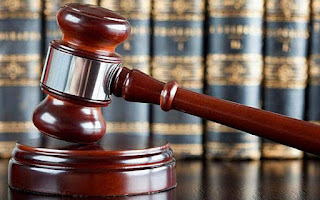 Justice Sherifat Solebo sentenced the defendant, Chukwuemeka Ekwunife after finding him guilty on counts one to six of the charges proffered against him by the Economic and Financial Crimes Commission (EFCC).

The judge sentenced him to 10 years in imprisonment for each of the six-count charges of which the terms are to run concurrently.

Mr. Ekwunife was arraigned on February 19, 2018, alongside his company, Structured Energy Limited, on an amended eight counts bordering on stealing by fraudulent conversion of an offence contrary to sections 278(1)(b), (2)(f) and 285(1) of the Criminal Code Law of Lagos State of Nigeria 2011.

In one of the charges, the EFCC alleged that on June 4, 2015, Mr. Ekwunife and Structured Energy Limited dishonestly converted the sum of N85 million to their own use paid to them by M.R.S. Oil and Gas Company Limited, property of Nepal Oil and Gas Limited.

Upon his arraignment, he pleaded not guilty to the charges proffered against him.

What the judge ruled

The prosecution counsel called a total of six witnesses and tendered several documentary pieces of evidence to prove its case against the defendant.