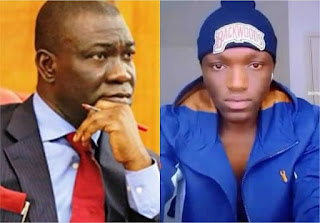 A Westminster Magistrates Court in the United Kingdom, on Wednesday, ruled that David Nwamini Ukpo, the

alleged kidney donor for the daughter of Senator Ike Ekweremadu, is not 15 years old.

Arise TV reports that the Ukpo has admitted to the court that he is 21 years old and had been in the UK since February but only presented himself to the police in May.