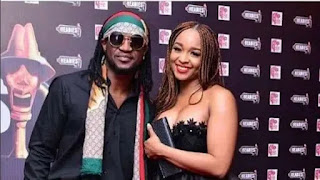 Paul Okoye of the Psquare music group has been dragged to court by his estranged wife, Anita, on the grounds of infidelity.

Recall that in 2021 the duo had split with Anita citing unfaithfulness on the part of her husband, and lack of care for their kids as some of the reasons for the breakup.

On Friday, photos of court documents which showed that Anita had filed a lawsuit against Paul Okoye at a High court in Abuja, went viral.

She also revealed chats between the singer and his alleged lovers.

She further stated that the singer had an affair with their housemaid named Florence.

The leaked documents also revealed that the singer sent his wife and her sister packing from their home when she discovered the relationship between him and the housemaid.

She added that he backed out of an undertaking by failing to give her brand, TannkCo, a space in the mall to which she contributed N10m for the purchase of the land and the building of the mall.