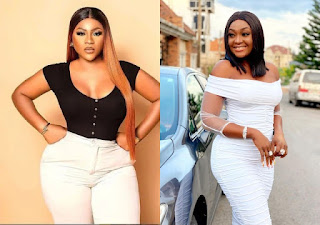 narrated her encounter with robbers on her way to Enugu.

On Instagram, July 5, Lizzy narrated how she was attacked by armed robbers on Sunday, on her way to Enugu from a movie shoot in Asaba, Delta state.

According to the mother of two, Destiny Etiko and another actress Mary Igwe warned her against traveling at night but she insisted on travelling because she had a job to do in Enugu.

Responding in the comment section of the video Lizzy posted, Destiny dropped crying emojis, saying that she asked Lizzy not to travel on the said day but the latter refused.

She wrote: “Baby I told u not to go ooo thank God u are safe boo. pls next time listen to advice o.”