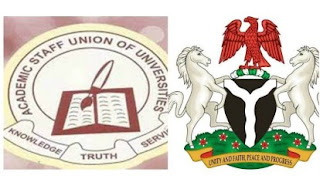 will end immediately if the federal government addresses their concerns.

Osodeke claimed an agreement had been reached with the government, but it has not been signed.

According to him, ASUU’s insistence on using their own generated payment platform, University Transparency Accountability Solution (UTAS), is a key demand.

“As far as ASUU is concerned, the strike can end tomorrow.

“We have finished the negotiation. If the government calls us now to come and sign the agreement, we will be there tomorrow.

Let the government tell us they have finished testing the UTAS and we have accepted it, then we will call off the strike.

“When will they sign the agreement? When will they accept UTAS? Those are the two questions we should ask the Nigerian government,” Osodeke said.