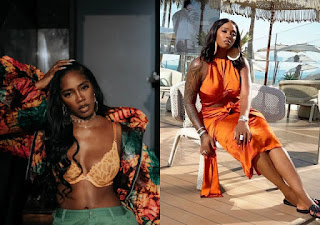 Nigerian singer and African Bad Gal, Tiwa Savage is set to become even hotter by a

Sharing more details, Tiwa Savage set to be awarded a honorary doctorate degree from the University of Kent on the 15th of July.

The singer who is currently on tour was announced to be among 10 individuals to receive this honour during the University of Kent‘s congregation ceremonies at Canterbury and Rochester cathedrals.

According to a statement from the institution, Tiwa Savage “will be made Doctor of Music in recognition of her inspirational and international career in music.”

Tiwa had studied Business Administration at the self-same University of Kent before moving on to study music at the Berklee College of Music.