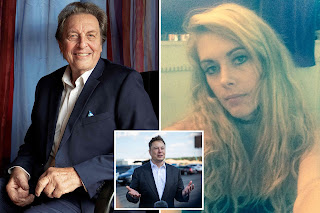 Elon Musk’s father has revealed that he had a second secret, unplanned, child with his stepdaughter three years ago.

Errol Musk, 76, and his stepdaughter Jana Bezuidenhout, 35, had a baby girl in 2019. Two years before that, he had admitted that Ms Bezuidenhout, 42 years his junior, had given birth to a baby boy named Elliot Rush, who is now five years old