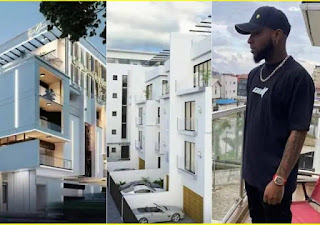 Though the father of three is currently on tour abroad, the displeased man didn’t hesitate to call him out on social media alongside other billionaires living in the area.

According to him, they are in the position to fix the embattled road.

Reacting to the video, @Olusoji wrote: “If he and others dear try to fix the road local Government will have to give approval, which is not chicken change.”

@Olarewaju: “This can only happen in a shameless country, why will someone be blaming others for government failure, the road is not what individual can do, even if Davido want to do it, government can prosecute for doing so. Construction of road is solely government responsibility.”