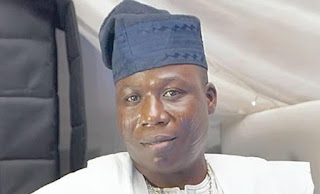 The Court of Appeal, Ibadan division has nullified a high court judgement in favour of Chief Sunday

Adeyemo aka Sunday Igboho, against the Department of State Security (DSS) in the sun of N20 billion.

The high court ruling which had declared the attack on the home of the Yoruba nation agitator as illegal was overturned by the Appeal court on Tuesday.

In his ruling, Justice Muslim Hassan described the amount awarded as “outrageous”, and stated that the Oyo State High Court lacked jurisdiction over the case and that the judge shouldn’t have determined the appropriate amount of damages based on his own preferences.

In July 2021, the DSS said a team of joint security operatives raided the home of Igboho in Ibadan, arresting 13 of his men.

DSS Spokesman, Dr. Peter Afunanya, had disclosed that the raid was based on intelligence that Igboho was stockpiling arms to cause chaos within the region.