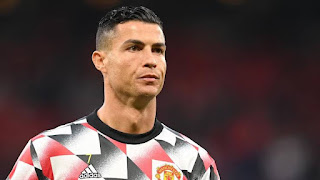 Manchester United are now optimistic their talisman, Cristiano Ronaldo will make a transfer U-turn, according to The Sun.

The Red Devils believe the 37-year-old would decide against leaving the club following the arrivals of Casemiro and Antony.

Ronaldo had asked the club to allow him leave this summer due to their lack of Champions League football this season and partly because they were lagging behind in their transfer market.

The Portugal international scored 24 times for the Red Devils in 38 matches last term following his arrival from Juventus.

But The Sun now reports that Manchester United believe Ronaldo will stay with the transfer window set to close on Thursday.

The report said that Ronaldo is now impressed with the Red Devils’ recent transfer business.

United have also confirmed a deal is in place for the signing of Antony from Ajax and the winger now awaits medicals.