10 affordable 4G smartphones in Nigeria as of September 2022 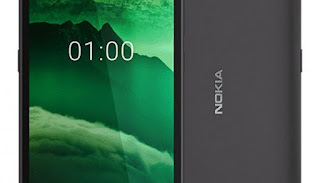 While Nigeria is currently on the verge of launching its first 5G network through the largest telecom operator, MTN, there is

no doubt that millions of Nigerians will continue to be on the 3G and 4G networks for years to come even when all the four mobile network operators launch 5G. The key determinant in this regard is the high cost of migrating to 5G devices.

For this reason, many Nigerians are, as of today, still on 3G despite the fact that 4G has been deployed years ago, though the telecom operators are yet to achieve full coverage geographically. The fact is that 2G/3G smartphones are still cheaper compared to 4G and the race to upgrade gets tougher with 5G.

Since none of these devices are manufactured in Nigeria, the constant loss of Naira value against the dollar has led to skyrocketing prices of smartphones in Nigeria. Across the board, the cost of devices has gone by more than 50% this year, thus making quality smartphones out of reach for many Nigerians.

However, there are still some 4G devicesthat are available in the Nigerian market at considerable prices. Here are some of the cheapest 4G devices as of September 2022:

The itel A25 Pro is another device under the itel A-series smartphone, which itel calls its basic smartphone series. The itel A25 Pro comes with many noticeable features that make it fit well in its price range. The best you would get here is its large 3020mAh battery with itel’s optimized battery saving mode. Also, this device runs on Android 10 (Go-Edition) that brings new features and makes the streamlined to improve its performance, 4G LTE for fast internet access, 2GB RAM and a 32GB ROM storage space. Although there is a 3G-only version of the phone, the Nokia C1 (4G) is one of the cheapest 4G smartphones in Nigeria as of today.The phone comes with a 5.45 display size and an IPS LCD capacitive touchscreen. It runs on the Android 9.0 Pie (Go edition) operating system and is powered by Quad-core 1.3 GHz processor. It is packed with a single camera on the rear side of 5 MP and on the front also 5 MP camera is integrated for shooting selfies. The battery of the Nokia C1 is removable unlike other recent smartphones and it is backed with Li-Ion 2500 mAh fuel. The internal storage is 16 GB and 1 GB RAM with accelerometer and proximity sensors. The Gionee S11 Lite is a 4G device that features a powerful Qualcomm Snapdragon 430 chipset with an octa-core CPU. The phone comes with 3 cameras: 13MP + 2MP back & 16MP selfie camera. The fast-charging 2970mAh – 3,030mAh battery lasts for several hours and this smartphone supports multi-band 2G/3G/4G and LTE, as well as Bluetooth 4.0 and runs on Android 7.1 operating system. Samsung A03 is one of the cheapest 4G smartphones produced by Samsung. The device features a 6.5 inches PLS IPS display that has a 720 x 1600 pixels resolution. The device comes in Black, White, and Blue. The smartphone is integrated with a Dual SIM (Nano-SIM, dual stand-by). Redmi 9A mobile was launched on 30th June 2020. The phone comes with a 6.53-inch touchscreen display with a resolution of 720×1600 pixels and an aspect ratio of 20:9. Redmi 9A is powered by a 2GHz octa-core MediaTek Helio G25 processor. It comes with 2GB of RAM. The Redmi 9A runs Android 10 and is powered by a 5000mAh non-removable battery. The Redmi 9A supports proprietary fast charging. The smartphone comes with a 6.22-inch touchscreen display with a resolution of 720×1520 pixels. It comes with 2GB of RAM. The Vivo Y1s runs Android 10 and is powered by a 4030mAh non-removable battery. As far as the cameras are concerned, the Vivo Y1s on the rear packs a 13-megapixel camera with an f/2.2 aperture. The rear camera setup has autofocus. It sports a 5-megapixel camera on the front for selfies, with an f/1.8 aperture. Infinix X6511G SMART 6 Plus is a 4G device with a “6.6”HD+ 500nits Waterdrop Sunlight Display. The phone comes with a large 5000 mAh battery and intelligent power-saving technology, which allows all-day usage without power worries.

Note: There may be slight differences in the prices depending on the store you are buying from.