BRIEF - Adekunle Gold Open up On Struggles With Sickle Cell 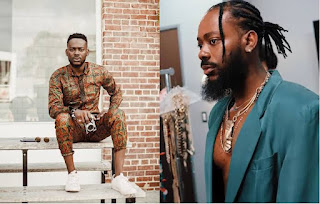 Adekunle Gold, the Nigerian singer, has put out an eye-catching music video for ‘5 star’, his latest single.

The ‘Ire’ crooner, took to his social media pages to release the official music video for the hit single.

The song was released after his critically acclaimed fourth studio album titled, ‘Catch Me If You Can’.

The less than three-minute visuals, directed by TG Omori, see the music star driving on a highway while dressed in a full Dolce & Gabbana outfit.

The Afropop singer also recounts his struggles with sickle cell disease, and the tribulations he endured while chasing his music career.

“See I don’t look like wetin I don see/ I will never forget the 90s/ Many Nights I go dey beg for mercy/ Sickle cell been show me crises/ Thank you for the journey/ Oh lord oh lord/If I say my story”, he sings.

Since the release of ‘Sade’, Gold’s 2015 hit song, he has gained fame and positive reception from music lovers.

‘Catch Me If You Can’, which featured prominent names like Davido and Lucky Daye, has raked in approximately 300 million streams.