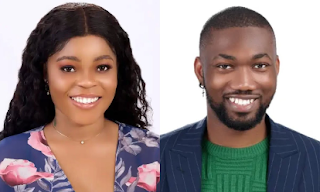 Big Brother Naija 2022 housemates, Deji and Chichi have been caught having sex.

The two ‘love interests’ were caught having sex after light out.

Although Deji, who was a fake housemate, was evicted on Sunday, a video clip of the duo engaging in the act was released by Showmax on Wednesday.

Deji and Chichi are the second ‘level up’ housemates to be caught in the intimate act.

Recall that Daniella and Khalid had come under attack for engaging in the act, but Khalid, upon his eviction, denied the reports.

Khalid said his body is a temple, and he only aggressively kissed Daniella.

Deji, during his eviction interview on Sunday, said he intends to continue his relationship with Chichi.