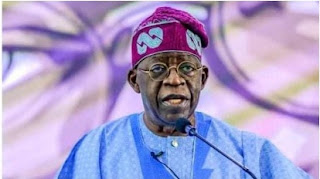 council, Dele Alake, has insisted that the presidential flagbearer of the party, Asiwaju Bola Tinubu, became rich by buying stocks in blue-chip companies.

Alake made this remark during an interview on Channels Television on Sunday.

The source of Tinubu’s money has been under scrutiny ahead of the 2023 elections.

But Alake insisted the ex-Governor of Lagos was not a “pauper” before he became a senator in 1992.

“What I know is that right from his days in the corporate world, he has been trading in stocks even in foreign currencies.

“ He has been buying stocks, bonds and all of that. I’m not a finance person. I’m not going to be interested in the nitty-gritty of it all,” Alake said.

He added that people are questioning Tinubu’s wealth because he has remained rich after leaving office.

“He is about the only one of the class of 1999 who is at that enviable height, politically. He’s bound to attract all of these negative comments,” Alake added.