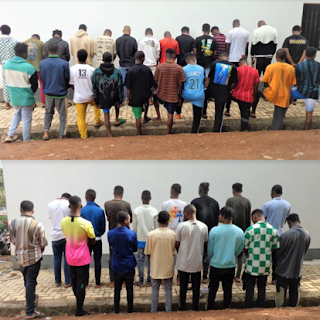 They were arrested on Wednesday after intelligence revealed their alleged involvement in cybercrime and other related activities.

The EFCC noted that all arrested will be charged to court after investigations are concluded.