BRIEF - Executive, ASUU to appear in court today for hearing 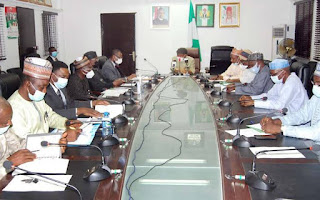 the Federal Government of Nigeria against the Academic Staff Union of Universities (ASUU) over the lingering strike action.

Justice Hamman, on the last adjourned date, had fixed today for hearing of the interlocutory injunction filed by the FG. He directed parties in the suit to file and exchange their written submissions before today.

The FG had taken ASUU to court seeking an order to restrain the union from continuing with its ongoing strike “pending the hearing and determination of substantive suit.”

On September 12, the matter first came up for mention before Justice Polycarp Hamman but was adjourned to September 16 for further mention as parties in the suit needed to file more processes.

On September 16, James Igwe, counsel to the FG urged the court to hear the FG’s interlocutory application for an injunction against ASUU.

He told the court that the matter was of national interest since it affects students who have been away from school since February.

He said, “Section 47 of the Trade Dispute Act gives your lordship the power to direct that no worker should continue to embark on strike pending when the applications are heard and determined.”

However, Femi Falana, counsel to ASUU, opposed the submission saying the day was slated for further mention hence, the application cannot be taken.

He notified the court that ASUU is scheduled to meet with members of the house of representatives on September 20, to settle the issues.

He said, “We are going out of our way to ensure that this matter is resolved and we appeal to the claimant to cooporate with us.”

Justice Hamman, in his ruling, agreed with the submission of ASUU that the business of the day was for further mention.

However, he said at the next adjourned date, the application for an interlocutory injunction pm would be heard first as it has an affidavit of urgency.

He said “The matter is for further mention which means hearing cannot take place,”