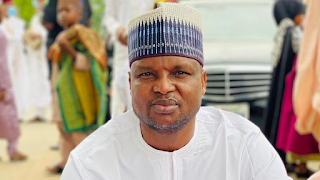 The Federal Government of Nigeria has filed fresh 24-count charges against Abbah Kyari, the suspended Deputy Commissioner of Police.

The charges were filed before the Abuja division of the Federal High Court following the uncovering of 14 assets belonging to Mr Kyari.

According to Punch, over N207 million and Є17,598 were discovered in Mr Kyari’s GTB, UBA and Sterling Bank accounts and various assets in Abuja and Borno state which include; shopping malls, residential estate, polo playground, lands and farmland belonging.

The fresh charges were filed by Joseph Sunday, NDLEA’s Director of Prosecution and Legal Services on August 30, 2022.

Some of the charges stated that Mr Kyari did not make full disclosure of his properties during investigations and that he disguised his ownership of some of the properties.

Mr Kyari’s two relatives were also joined as co-defendants in the suit. They are Mohammed Kyari and Ali Kyari.

The EFCC also filed fresh 24-count charges against Sunday Ubua, an Assistant Commissioner of Police who was Kyari’s former deputy and his co-defendant in the NDLEA case.

Count one read, “That You, Sunday Ubua, male, adult, on or about the 14th day of February, 2022, at the National Drug Law Enforcement Agency headquarters, Port Harcourt Crescent, off Gombiya Street, Area 11, Garki, Abuja, within the jurisdiction of this honourable court, knowingly failed to make full disclosure of your assets in the NDLEA assets declaration firm by not disclosing your N100 million life insurance policy with First Bank of Nigeria Insurance Limited contrary to and punishable under section 35(3)(a) of the NDLEA Act, CAP N30, Laws of the Federation of Nigeria, 2004.”