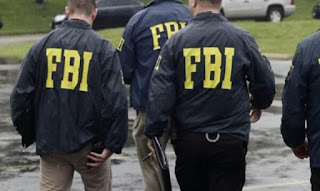 The Federal Bureau of Investigation (FBI) has charged 2 Nigerians for $6.2million wire fraud after they attempted

to steal $25.2million from almost 2 dozen public and private entities around the United States, including at least one in Oregon.

This has added to the growing list of Nigerians who have recently been arrested and charged for various levels of scams outside the country.

According to a statement from the Department of Justice (DoJ), the indictment unsealed in federal court charged Efeturi Ariawhorai aka Efeturi Simeon, 35, a dual citizen of Nigeria and Vanuatu who most recently resided in the United Arab Emirates, and Ikenna Nwajiaku, 41, a Nigerian national believed to be residing in or near Lagos, Nigeria, on an 11-count indictment with conspiracy to commit wire fraud and aggravated identity theft.

What the US Department of Justice and FBI are saying

The Assistant United States Attorney Quinn Harrington, Chief of the Cyber and National Security Unit of the U.S. Attorney’s Office for the District of Oregon said, “Federal law enforcement is determined to use every tool and capability it has to pursue cyber criminals and retrieve money mistakenly sent to unknown bank accounts. We applaud the local victim in this case for quickly reporting the crime and giving authorities the best possible chance at retrieving their money. Unfortunately, many of these situations go a different and very costly way. When in doubt, we encourage anyone who thinks they are the victim of a cyber crime to report immediately to the FBI. Time is of the essence.’’

Special Agent in Charge Keiran L. Ramsey said, “The level of greed it takes to steal from schools and hospitals, especially during the height of a global pandemic, is beyond disturbing. Through quick action from many of these victims the FBI, with our Recovery Asset Team, was able to freeze funds and return a majority of the stolen money. In fact, we were able to recover the total loss of nearly $3 million for a victim in Oregon and keep that money out of the hands of criminals. If you are the victim of a cyber intrusion or fraud scheme please reach out to the FBI as soon as possible, we are here to help.”

How they perpetuated the fraud