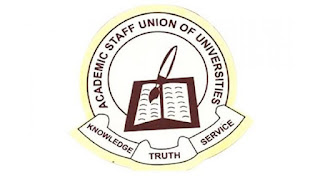 the National Industrial Court over the union’s prolonged strike action which is about 7 months old.

This disclosure is contained in a statement issued on Sunday by the Head, Press and Public Relations of the Federal Ministry of Labour and Employment, Olajide Oshundun, who said that the Federal Government took the decision after its dialogue with the ASUU leadership failed.

Oshundun in the statement said that the referral instrument in the trade dispute between the federal government and ASUU dated September 8, 2022, was addressed to the Registrar of the Industrial Court and signed by the Minister of Labour and Employment, Dr Chris Ngige.

The Federal Government in the case which it seeks accelerated hearings, wants the National Industrial Court to order ASUU members to resume work, while the issues in dispute are being addressed by the court.

The case is scheduled for mention at 9 am on Monday and the Federal Government is asking the court to determine whether the strike by ASUU is legal or not.

What the Federal Government is seeking in the suit

The Federal Government in the suit wants the court to interpret in its entirety the provisions of Section 18 LFN 2004, especially as it applies to the cessation of the strike once a trade dispute is apprehended by the Minister of Labour and Employment and conciliation is ongoing.

It also wants the court to, “Interpret the provisions of Section 43 of the Trade Dispute Act, Cap T8. LFN 2004, titled “Special Provision with Respect to payment of wages during Strikes and Lock-outs,” specifically dealing with the rights of employees/workers during the period of any strike or lock-out. Can ASUU or any other union that embarked on strike be asking to be paid salaries even with clear provisions of the law?

“Determine whether ASUU members are entitled to emoluments or “strike pay” during their period of strike, which commenced on February 14, 2022, more so in view of our national law as provided in Section 43 of the TDA and the International Labour Principles on the right to strike as well as the decisions of the ILO Committee on Freedom of Association on the Subject.”

Determine whether ASUU has the right to embark on strike over disputes as is the case in this instance by compelling the Federal Government to employ its own University Transparency Accountability Solution (UTAS) in the payment of the wages of its members as against the Integrated Payroll and Personnel Information System (IPPIS) universally used by the Federal Government in the nation for payment of wages of all her employees in the Federal Government Public Service of which university workers including ASUU members are part of or even where the government via NITDA subjected ASUU and their counterpart UPPPS university payment platform system software to integrity test (vulnerability and stress test) and they failed.”

The Federal Government also wants the court to determine the extent of ASUU’s demand since the 2020 Memorandum of Action (MOA) that the union signed with the government.