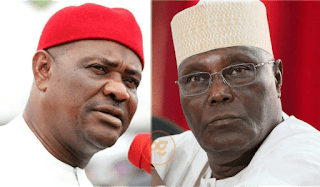 members loyal to the Rivers State governor, Nyesom Wike have pulled out of the presidential campaign council of the party.

They made this know on Wednesday morning after a meeting in Port Harcourt, the Rivera State capital.

Nyesom Wike has been in the forefront of a campaign within the party to sack the national chairman, Iyorchia Ayu, a campaign that has continued to threaten the chances of the PDP presidential candidate, Atiku Abubakar ahead of the 2023 general elections.