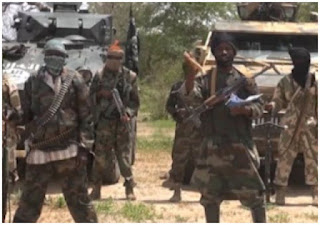 Recall that the military killed killed over 200 Boko Haram fighters and their commanders during sustained bombarding of terrorist hideouts to flush out state enemies and ensure peace and stability in the land.

According to Daily Trust, sources said some terrorists escapees had sought refuge in Cina village, Bama Local Government Area of the state but they were attacked.

Zagazola Makama, counter insurgency expert and security analyst in the Lake Chad, who corroborated the account said the military attacks forced hundreds of terrorists and their families to desert their camps to seek safe havens in other locations.

Floods was said to have sacked some terrorists, forcing them to relocate to east of Konduga Local Government Area of Borno state.

A source said, “Unfortunately for the Jamā’at Ahl as-Sunnah lid-Da’wah wa’l-Jihād, an Islamic terrorist groups and their families, they were attacked by their rivals, the ISWAP who occupied Cingori and Yuwe.”

“They were in their hundreds; many of them without clothes or shoes. Only few of them were holding arms. They had only four motorcycles, with two conveying their commanders. They looked very tired; some had their clothes soaked by rain.

“When the ISWAP fighters saw that there were women and children in their midst, they decided to allow Boko Haram continue their journey. Shortly after they were given the chance, they moved toward the axis of Bulabulin,” the source added.