BRIEF - Labour Party ‘Leaks’ Those Behind Gunmen Attack In Enugu 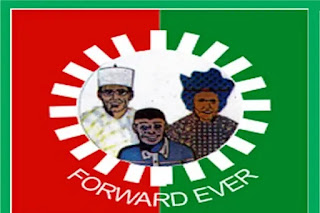 The Labour Party has accused the Enugu State Government and the People’s Democratic Party (PDP) of sponsoring last weekend’s attack on its members while holding a meeting in the state.

ONIKEWIDE  earlier reported that gunmen suspected to be hoodlums attacked members of the Labour party (LP) in Aninri and Awgu local government areas of the Enugu state on Sunday during their monthly ward meetings.

According to reports, some members of the party were wounded, while cars were vandalized.

Speaking about the incident, the LP national publicity secretary, Arabambi Abayomi made the allegation in a statement issued on Tuesday.

He condemned the attack, describing it as not only alarming but also disturbing.

He wondered why some politicians would go so low to sponsor attacks on members of the opposition.

He further urged the Enugu State Law Enforcement Agencies to be alert enough to prevent such needless repeat of the attack on its members.

The statement partly reads; “Our party’s attention was drawn to a coordinated Gunmen attacks on Sunday 5th day of September 2022 on members of the Labour Party (LP) who were holding a meeting in Awgu Community, Awgu Local Government Area of Enugu State,

It is quite alarming and disheartening that at this point in the political space of Nigeria, some Politicians are yet primitive enough to sponsor attack on party members of the opposition in a meeting.

“Meanwhile , LP is of the opinion that the Enugu State Law Enforcement Agencies would be alert enough to prevent a needless repeat of this barbaric political sponsored attack on the opposition in the State

“This time around no life was lost to the attack but it is more responsible for the Government of Enugu State to show the people of the State that it has no plans for political violence towards 2023,” he added.