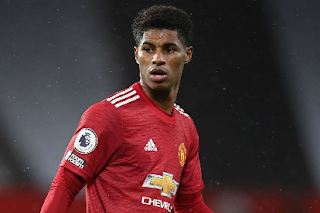 Manchester United star, Marcus Rashford has been linked with a move to Chelsea, according to Express Sport.

Rash-ford could be on his way to Chelsea in a swap deal that would see the likes of Christian Pulisic, Reece James, Callum Hudson-Odoi and Hakim Ziyech go the opposite direction.

The 24-year-old England international’s current deal is due to expire next summer, meaning that his long-term future is up in the air.

Express Sport reports that the Red Devils may demand the mentioned players in return for the 24-year-old, providing they opt to cash in on him.

United eyed a move for Pulisic this summer, with the USA international star previously on their radar during the years where Jose Mourinho ruled the roost.

The Red Devils did not land the USA international with Erik ten Hag opting to reunite with Antony instead.

However, the report says that if the Blues come calling for Rashford, then Manchester United may try and land the former Borussia Dortmund star in return.